Hibiscus as a wedding flower / the many variety of uses 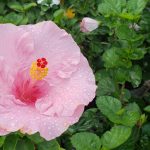 close up of a light baby pink hibiscus 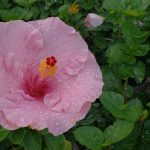 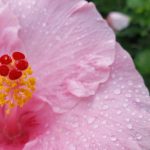 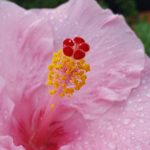 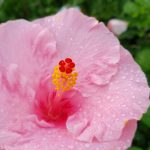 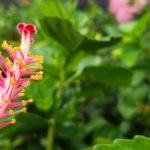 The pollen on the stamen flower of a Hawaii Hibiscus 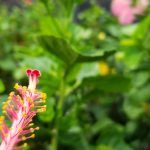 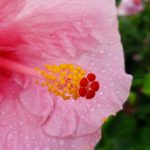 The hibiscus genus of flowers is not too  large, but still contains over two hundred different kinds of blooms and species. Hawaii is an area in which hibiscus mainly flourishes, however, it was not originally a native flower of Hawaii, and instead actually originated in the area of Asia, where it migrated, traveling by traders and merchants all over the world. It eventually came even to Australia, and even England. At least two different species are known as

Baby light pink hibiscus set in a hot pink plumeria bouquet on the beach in Hawaii at Makapuu shore line on the east coast of the island of Oahu .

Three color mixture hibiscus which is fairly rare to see n the Hawaiian islands , this one was specially bred making the center almost a dark blood red moving out with a light pinkish tone, the stamen is yellow and orange

“The Rose of Sharon,” for its significance in the mythological culture of countries all over the world, including the Greeks, the Chinese, natives of Polynesia, as well as in stories related to Christianity, as recorded by the great philosophers in Latin.
It grows year round in the tropical islands of Hawaii from January to December 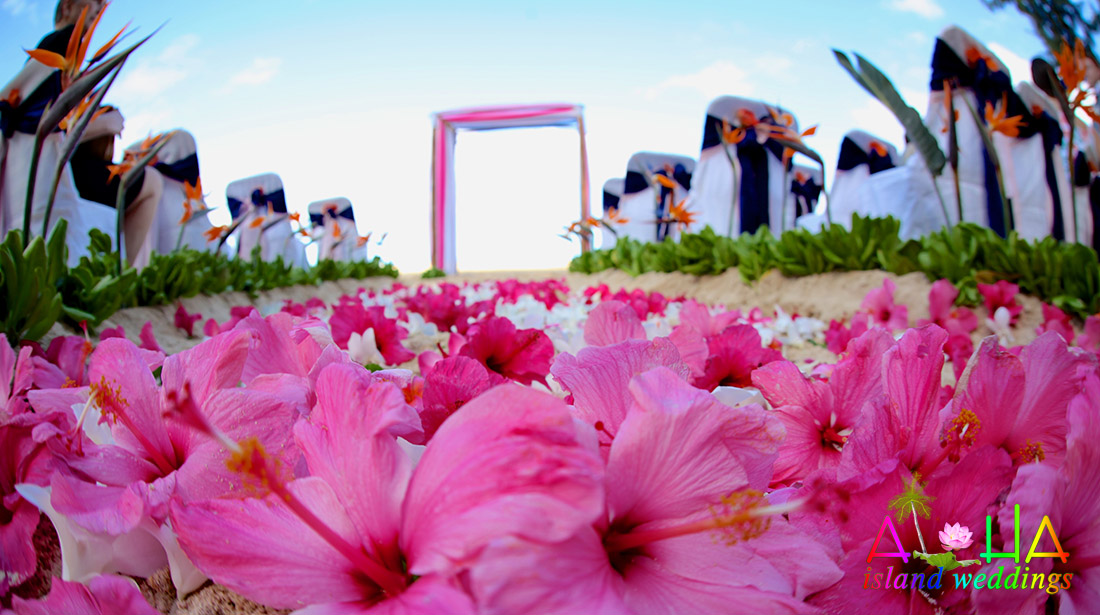 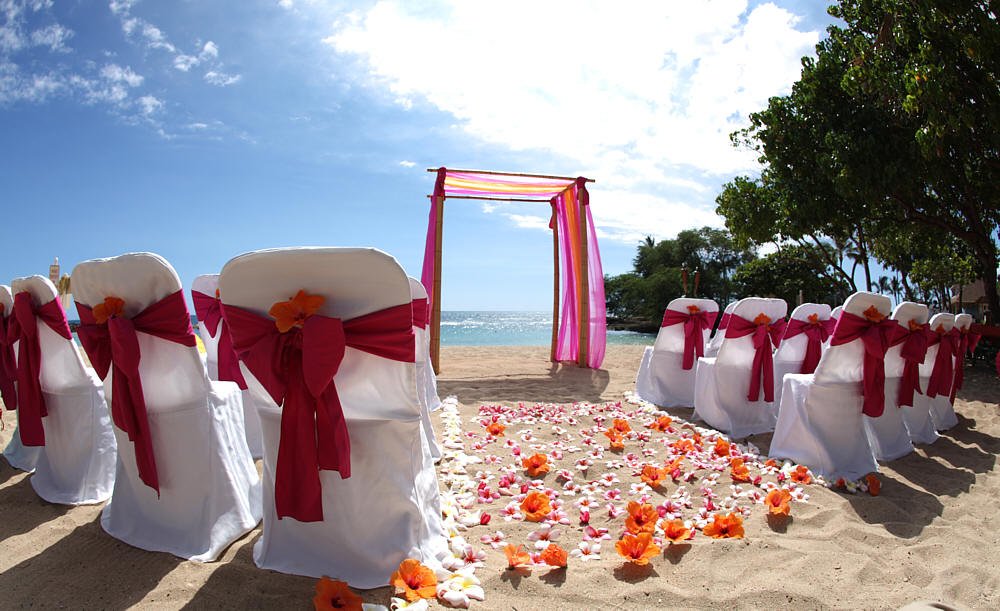 As evolving into many different variety of  flowers shapes and colors this has emerged into art of making colorful hybrids as many horticulturist and plant growers play with .  Now with that being said many tropical Hawaii themed weddings make use of their flower beauty by adding them into modern bouquets , reception center pieces and flower pathways  as noted in this beach wedding photo . Growing hibiscus in tropical atmospheres, and sandy soil is easier; they flourish in a warm, tropical client, and don’t require the same amount of planning and maintenance as they would in northern states, or climates. Tropical plants such as hibiscus do particularly well in soils that are high in acidity. It’s easier to grow hibiscus by purchasing a smaller plant from a nursery first, because seeds don’t have all the nutrients; the plants themselves propagate themselves by growing from cuttings.

Supplies for raising acidity in the soil, and creating a little more sand in the ground can be purchased at a nursery, or gardening centre. If you plan to grow hibiscus in a cooler climate, be sure to research what kind of hibiscus is better suited to the climate you live in. Hibiscus prefer areas that have access to plenty of sunlight. Mulching the area is important because hibiscus need soil that can hold moisture, and contain it; the sandy soil is great for the plant’s roots to stretch in, but won’t be able to hold water as well. That’s why mulching helps to hold the water, and keep the ground moist. 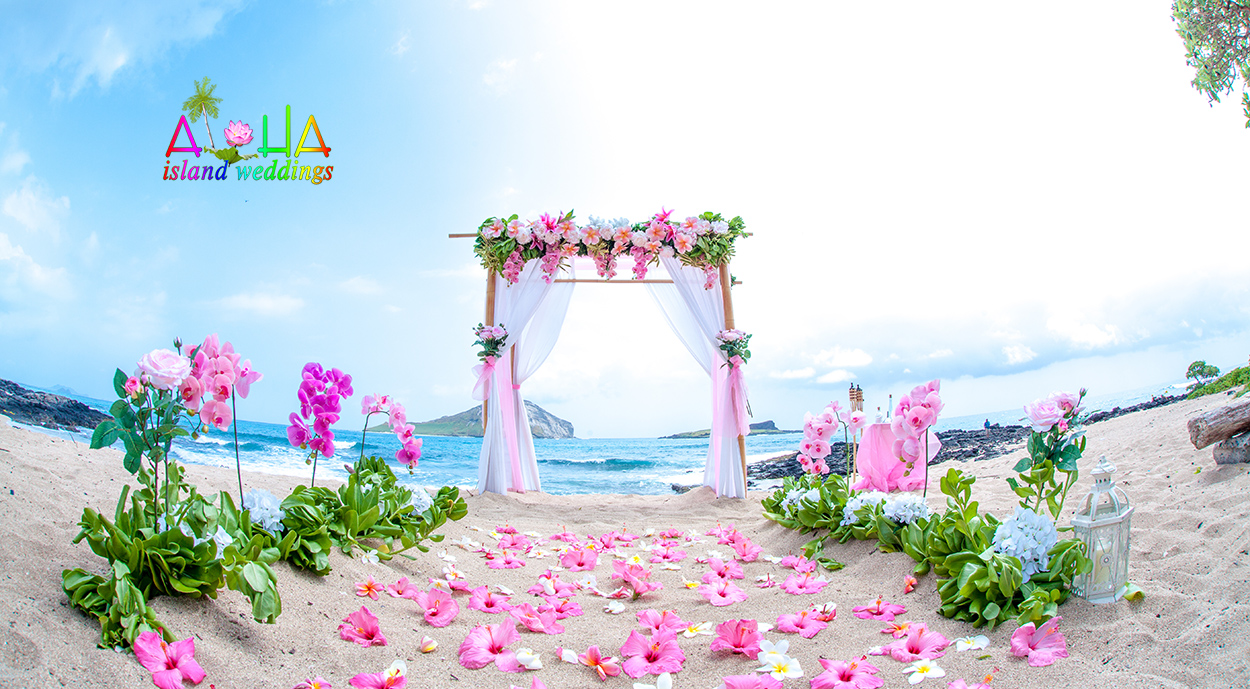 Pink hibiscus flowers on the sand of this beach wedding The hibiscus bush can get to heights of five to eight feet; the flower itself is vivid and colorful, ranging from blue, to red, white, orange, yellow, with the stamen projecting outwards. The petals can be either a single silky layer unfolding outward, have five petals, or be layered. All over the world, the plant has different medicinal and other uses. In India, Hibiscus is boiled and the oils are made into a conditioner to smooth snarls in hair, and promote shine. It can also be used to make black dye for hair, mascara,

or even as shoe polish. They are used to polish shoes in Jamaica, and in other African countries as well. It was even used in teas, because they add a balmy, and lemony flavor to the drink while it steeps. Other cosmetic uses are by Hawaiians, the women wearing them to decorate their hair. Even the fibers from the plants are used to make different kinds of fabrics for rough cloth, nets, or paper. 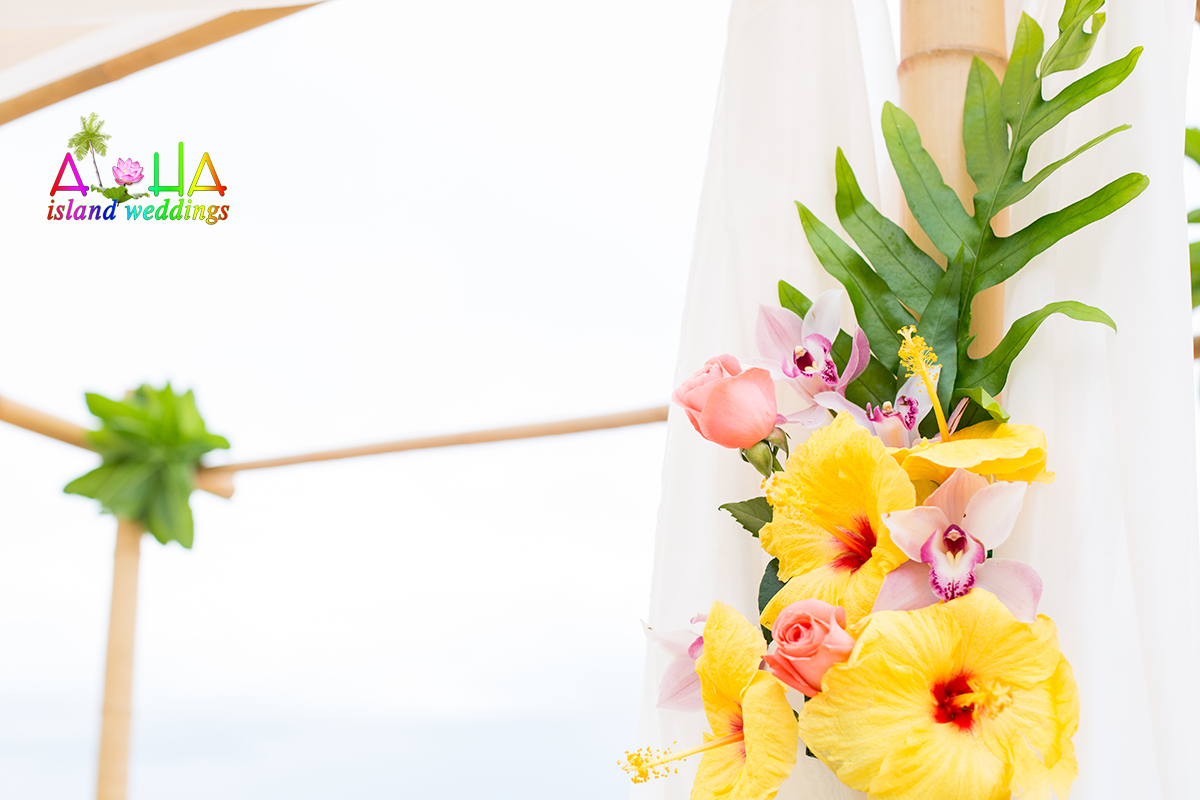 The hibiscus has other medicinal uses :
women once used it to induce a miscarriage, ease menstrual cramping, and ease birth. The leaves can be used to relieve depression, treat boils, headaches, sores, and reduces inflammation caused by infection. Ayurveda, the ancient system of medicine in India, believe that hibiscus root produces chemicals that can even treat different kinds of sexually transmitted diseases. It can even, according to Ayurvedic medicinal practices.

Here are a few local flower nursery on Oahu.

Hibiscus is featured in much of mythology as the Rose of Sharon, although it was also used in Hindu mythology. Patrons would offer the hibiscus rose up to the goddess in worship and prayer. The Rose of China is particularly useful, in both these medicines, and in many others, for cosmetic purposes. The ma‘o hau hele, is well-known state flower of Hawaii, however, it’s also an official flowers for other countries. The Rose of Sharon or ‘Mugunghwa’ is the national flower of South Korea. Hibiscus flowers all over the world, Bunga Raya or “Chinese hibiscus” is also the national flower of Malaysia. Wikipedia say about hibiscus 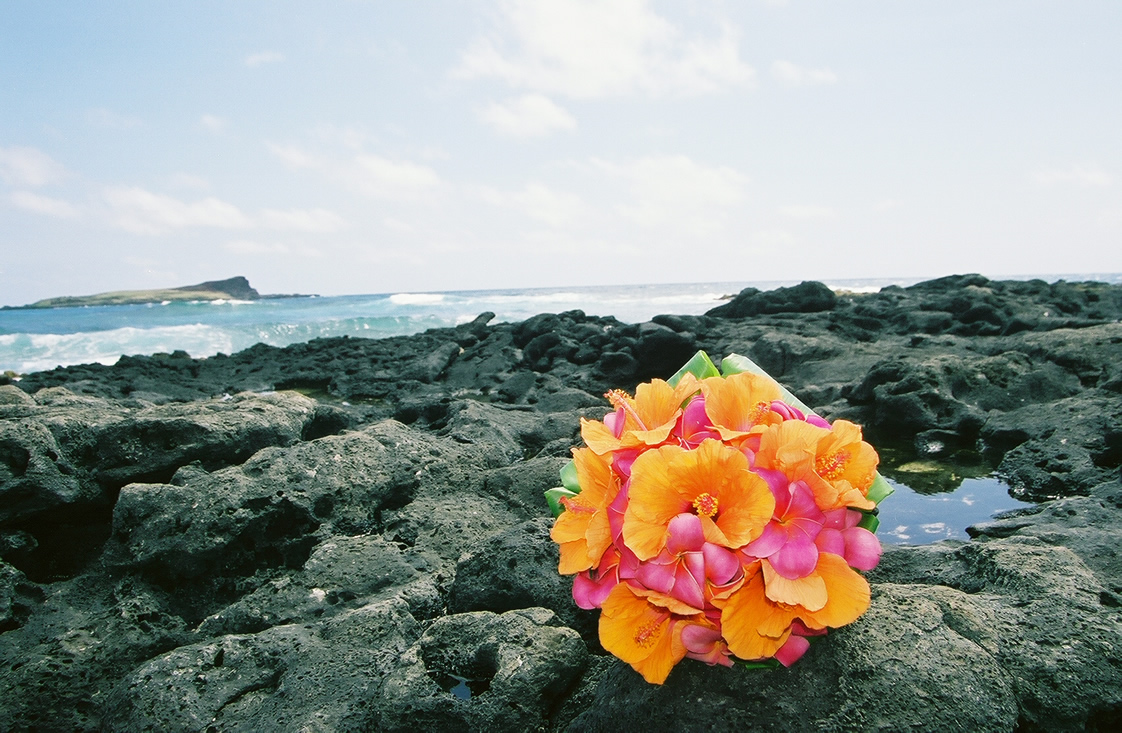 The Stolen generation, those people who are of native Australia aboriginal descent, have also named the Native Hibiscus their national emblem. Its color and properties are believed to have spiritual healing powers, and is said to promote compassion. 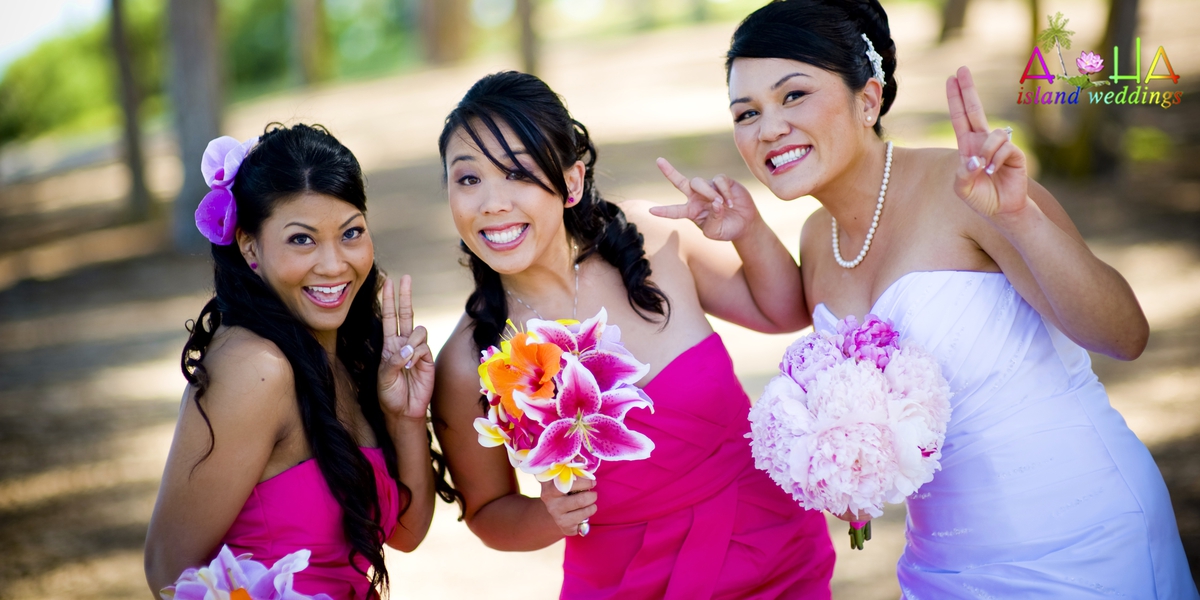